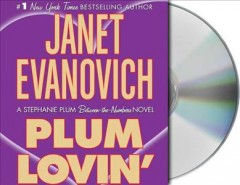 Janet Evanovich is the #1 bestselling author of the Stephanie Plum books, including Twelve Sharp. She lives in Florida and New Hampshire.

LORELEI KING has recorded over 200 audiobooks, including several titles from Janet Evanovich's bestselling Stephanie Plum series and Darynda Jones's Charley Davidson series. Her many awards include the 2008 Audie Award for Female Solo Narration for Tallgrass by Sandra Dallas, the Radio Times performer of the Year for The Blind Assassin by Margaret Atwood, and AudioFile Earphones Awards for Eleven on Top and Twelve Sharp, both by Janet Evanovich. AudioFile also deemed her one of the "Best Voices of 2008."