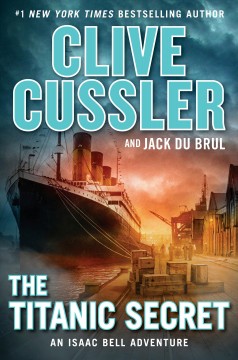 Clive Cussler is the author or coauthor of more than 50 previous books in five best-selling series, including Dirk Pitt, NUMA Files, Oregon Files, Isaac Bell, and Sam and Remi Fargo. His nonfiction works include Built for Adventure: The Classic Automobiles of Clive Cussler and Dirk Pitt, plus The Sea Hunters and The Sea Hunters II. They describe the true adventures of the real NUMA, which, led by Cussler, searches for lost ships of historic significance. With his crew of volunteers, Cussler has discovered more than 60 ships, including the long lost Confederate ship Hunley. He lives in Arizona.