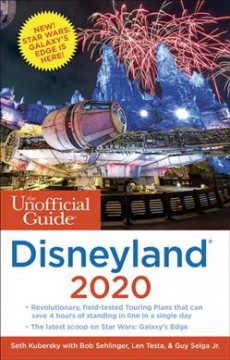 Seth Kubersky is nationally recognized as an authority on theme parks and amusement attractions. He has worked for more than 20 years as a theatrical artist, culture critic, and travel journalist. In addition to writing The Unofficial Guide to Universal Orlando and coauthoring The Unofficial Guide to Disneyland, Seth also contributes to the Unofficial Guides to Walt Disney World and Las Vegas. A resident of Orlando since 1996, Seth is a former employee of Universal Orlandoâs entertainment department. Named Best Arts Writer in The Daily Cityâs 2013 readersâ poll, Seth covers arts and attractions for the Orlando Weekly newspaper, Attractions Magazine, AAAâs Via Magazine, and other publications. You can find Seth online at sethkubersky.com or on Twitter @skubersky.

Bob Sehlinger, a Lowell Thomas Awardâwinning journalist, is best known as the creator and producer of The Unofficial Guide series.

A contributor to several top-selling guidebooks, Len Testa leads the team at TouringPlans.com, a research arm of The Unofficial Guides.

Guy Selga Jr. is a passionate Disney fan, a blogger, and a researcher at TouringPlans.com.